Overview of the 2nd month

The focus shifted from marketing to community engagement. As mentioned in last months’ report, we decided to hold off on marketing until there were more attractive value propositions brought by ICON Bridge and/or Boosted Omm to market

Most of the work that was carried out for the month of April was in areas of growing the NFT collaborate collection, discord engagement through competitions and tipping, and education via monks academy. The ultimate goal is to reward community members for helping other community members, quality discussions on discord, and as a thank you for supporting the protocol.

108583 OMM tokens were spent on monks collaborate NFTs, engagement competitions and tipping, and last but certainly not the least, monks academy giveaways.

We have also given away a total of 5 monks create NFTs with a plan to push it up to around 20 giveaways by the end of May.

During the second month of our first funding round, more collaborative NFT’s have been created, bringing the total up to 8 collabs. The first 3 collab NFTs have already been minted during the first month.

In the second week of May daily tweets will be teasing and revealing the next 5 collabs. At the end of this week of tweets full of reveals, we will be announcing the date for the first raffle. By that time there should be between 10-15 Monks Create NFT’s in circulation which will be eligible for the raffle. We want to guarantee a high level of collaborative NFT’s, hence we are currently reviewing which other artists could be a valuable collab candidate while also keeping an eye out for high potential yet to be minted collections. We are also considering creating a third Monks NFT collection, exclusively dedicated to designs created by community members through various competitions in time

In the meantime, focus has shifted to marketing the monks. We have decided to go ahead with a monks landing page so we can better position marketing initiatives for the Omm Finance protocol and also give us a professional look.

We are looking to take part in competitions under the Monks brand. We took part in the Project Nebula guild competition and were placed third.

A key focus for April was to look to have more engagement campaigns and competitions to overall improve the engagement in the discord.

The following initiatives were executed in the second month:

We added more utility to the NFT holders. This will serve as a feeder system for the Monks role where only active community members will be chosen for the role, and one would need to be a Monks Create NFT holder to be eligible.

Following the Monks academy episode with Hyperconnect on Convexus we decided to run a competition around twitter thread competition providing a summary of the recording of the episode. 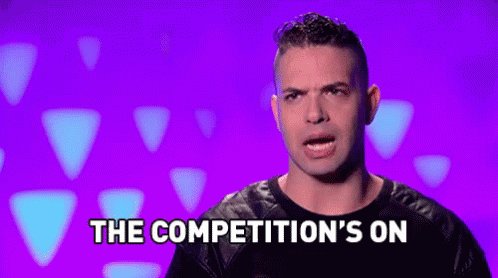 Tipping via the Tipicon bot

We continued tipping active community members who helped and created a positive feel in the discord. We have tipped around 500 omm tokens in the past two months.

We conducted two Monks academy episodes for the month of April.

We had around 10 to 12 participants per session for each live session and the engagement was extremely good.

The first monks’ academy episode featured Hyperconnect where we spoke to him about Convexus.

@monksacademy
🗣️Understanding @Convexus_AMM Join us as we chat to @hyperconnect to get a deeper understanding on Convexus and what it will bring to Icon. We will have some neat giveaways too👀👀 🗓️WED 20th April, 7pm GMT

The focus for May is to have learning episodes focused on stablecoins in preparation for ICON Bridge and also on Boosted Omm.

This was initiated by Budw1ser and we thought it would be a good idea to create some team building within the monks and also another opportunity to brand the monks. We were placed third in the competition and managed to win some cool Project Nebula NFTs.

The following is what we have planned for the next month engagement initiatives:

Questions have been prepared, and a new weekly quiz will be launched on the Omm discord where the community will have a chance to win $OMM and NFTs. At the time of writing this, the first quiz question week has concluded with 55 members taking part in it.

We came up with a cool idea to launch a Treasure Hunt. The storyline could potentially be that three of the NFTs have gone missing and the community needs to help the monks to track and find the missing NFTs. Those first to find the NFTs get to keep them. This idea is currently under discussion and is something we hope to roll out in the coming weeks.

Running a campaign to get more useful content via the community. We also want to use this competition to identify a good content creators for future initiatives we have planned.

In the second week of May daily tweets will be teasing and revealing the next 5 collabs. At the end of this week of tweets full of reveals, we will be announcing the date for the first raffle. The community will be excited to hear about the collaborations!

In keeping with our initiative to give out quality NFTs to the Omm community we hope to launch a NFT series which would be run once every month.

We decided to bring forward the raffle draw, and run a live event gifting a monks collaborate nft to the winner picked at random. We will be running this event at some point in May.

Refer the table below for current balance as of 1st May. With the Omm price having fallen considerably we will soon run out of funds to carry on the work we were set out to do in our proposal . Since the budget was formulated and put forward in USD terms we will have to go to the Dao Fund to bridge the shortfall.

Thank for summarizing the progress of monks last month! It is very obvious that monks’ hard work is bringing together Omm community. I especially liked the new NFT collection idea and monastery channel has been one of more active channels on Discord.

Looking forward to more monks academy sessions and upcoming initiatives this month! Omm community is fortunate to have the likes of you

Thank you for the kind words DK! Team effort from the monks , especially @StevenDS and @budw1ser who have been doing so much work to get things setup !

Cheers for the shoutout Arosh and all your amazing work!! Fantastic write up as always! Happy to be involved

Look forward to seeing what the next month brings!

Happy to be part of the Monks team. As with every team, there often is a MVP. A well deserved title for @Arosh.

Wait till you see the next 5 collab NFT’s which we will be revealing next week!

Keep up the good work. Love the work you and Omm monks are doing to bring together and grow Omm community.

Looking forward for what is yet to come!

Thank you @Robi @StevenDS @budw1ser for the very kind words! Been wonderful so far working with a team of highly talented, hard working monks !

Great work from Arosh here. I’m super psyched for the future of the community NFT project and excited for more community members to get involved and see where it leads. The Monks has really been a great add to the project and i think we’ll see monk ambassadorship playing a big role in our growth as a project and as a community. I think the partnerships/collaborations we’ve seen as a result of a lot of hard work from @StevenDS and @budw1ser have been a great way to get more eyes on the project as well as getting more communities involved. Once again thanks to the monks yall have really done an amazing job and it’s been awesome to be a part of

Good work guys. Smart to hold marketing spending, with current market sentiment and without ICON Bridge live would be a waste of resources.